Welcome to the expanded second issue of Volume 10 of the International Journal of Aquatic Research and Education.

Without having explicitly planned a "theme," all four of the research articles appearing in this second issue focus in different ways on research concerning the cognitive/knowledge domain in relation to drowning prevention. I think readers will find they provide a nice combination.

This second issue of Volume 10 leads off very appropriately with Dr. Kevin Moran's (University of Auckland) latest research report, "Rock-based Fisher Safety Promotion: 10 Years On." This article is the third in a series published in IJARE on this important applied research project (see also Moran, 2008; 2011). It follows up on the two previous publications that reported on data from rock fishers in New Zealand surveyed over the past 10+ years. This paper along with its two predecessors document the changes in attitudes and practices associated with a decline in drownings among New Zealand's west coast rock-based fishers as a result of promoting safer fishing practices, most importantly the wearing of lifejackets! IJARE is honored and proud to have published of these three incredible reports.

The next research article comes out of Indiana University (USA), authored by Bill Ramos and Austin Anderson. It is entitled "A Reasoned Action Approach Assessment of Instructional Youth Swim Safety Messaging" which is a novel means for predicting future behavior based upon a variety of survey item responses administered before and after a learn-to-swim lesson. The paper attempts to identify what water safety knowledge elements of the American Red Cross L-T-S program were effective in improving children's understanding of water safety risks and which appeared to need additional work.

A third research study, co-authored by Amy Peden, Richard Franklin, and Justin Scarr, all of Australia and associated with Royal Lifesaving Australia, is titled "Measuring Australian Children’s Water Safety Knowledge: The National Water Safety Quiz" This paper and study make a major contribution to the aquatic literature because the study represents one of the first major efforts to measure water safety knowledge (i.e., the cognitive domain) among primary age children. The authors worked with collaborators across Australia to develop an online knowledge instrument by which they could collect information from a large sample of children. I believe other countries may wish to emulate this Australian work and begin collecting similar cognitive data regarding what children know about water safety.

The fourth research article in this issue is "Knowledge, Attitudes, and Behaviours of New Zealand Youth in Surf Beach Environments," co-authored by Stacey Willcox-Pidgeon (Royal Lifesaving Australia), Bridget Kool, (WaterSafe Auckland) and Kevin Moran, University of Auckland, New Zealand. This study follows along with the theme introduced in the previous papers, examining what youth know about water safety, specifically in this case, dealing with surf beaches. Not surprisingly, the New Zealand youth surveyed, despite having extensive experience at and around surf beaches, had some significant lack of understanding as well as attitudes that put them at greater drowning risk. Consistent with previous research, the males over-estimated their own competence while also having less knowledge - a potentially deadly combination.

John Pearn and Richard Franklin from Australia have contributed a delightful and thought-provoking educational article, "First, Do No Harm": Old and New Paradigms in Prehospital Resuscitation in the Aquatic Domain." This educational (and philosophical) piece deals with a very important ethical issue related to drowning prevention. This is the first time I realized the different possible ethical principles that underlie our water safety training related to drowning rescue, first aid, and CPR. I hope you will find it as challenging and informative as I did.

I am personally very pleased to announce the publication of a major review article, "From Swimming Skill to Water Competence: Towards a More Inclusive Drowning Prevention Future," authored by Drs. Bob Stallman, Kevin Moran, Linda Quan, and Steve Langendorfer on behalf of a large International Working Group. Its publication has been anxiously awaited by the international drowning prevention community. In fact, it will serve as a centerpiece for discussion during several workshops and presentations at the World Conference on Drowning Prevention that convenes in Vancouver, British Columbia between 16-20 October 2017.

Readers will immediately discover that it is a thorough and comprehensive literature review and advocacy paper which exceeds anything that previously has been published in IJARE! The authors and other contributors feel that it is an extremely ambitious and important contribution to the evidence-based aquatic and drowning prevention literature. They intend for it to challenge our beliefs and practices, perhaps in ways never before anticipated. And, as the authors note in their conclusion, we expect and anticipate feedback, suggestions, criticisms, and more as aquatic professionals wrestle with this magnum opus. It will have served its purpose to the degree that it evokes responses and subsequent revisions to the water competence framework as well as additional research to test propositions and questions. Please read and reread it and then respond!

Stay tuned for more papers and news from the World Conference on Drowning Prevention 2017 in Vancouver, British Columbia, Canada and as always, happy reading!

“First, Do No Harm”: Old and New Paradigms in Prehospital Resuscitation in the Aquatic Domain
John H. Pearn and Richard Charles Franklin 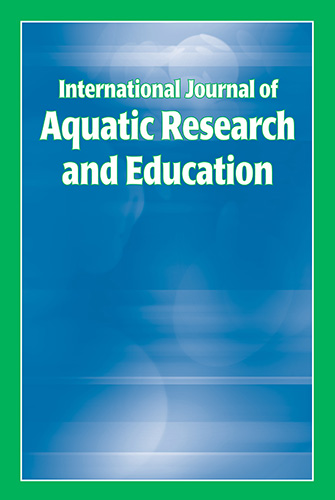